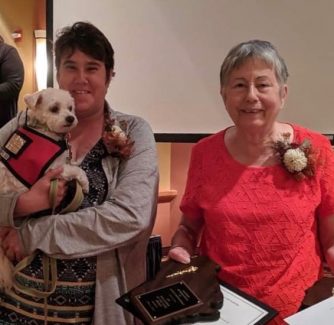 Volunteer of the Year Award went to Pam and
Marcy Good of Eau Claire, WI.
They were nominated
by Mandy Alvar from Dove Healthcare-South in
Eau Claire, WI 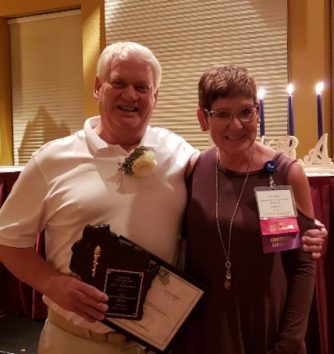 Beyond Giving Award went to Michael Borne
who was nominated by Toni Rochon of Upland Hills in Dodgeville, WI

Administrator of the Year Award went to Ana Hines of Bluffview Memory Care in Holmen, WI. (pictured here on the right). She was nominated by Sarah Pedretti (pictured on the left).  She “attended” the Awards Banquet via FaceTime as she had just had a baby that week! 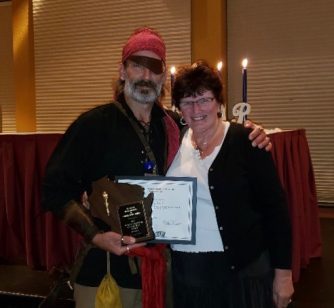 Activity Assistant of the Year was Jeffery Ircink of Heritage Living Deer Creek in New Berlin.  Jeffery was nominated by Pat Durham. 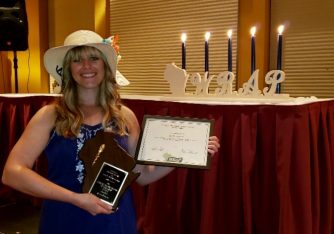 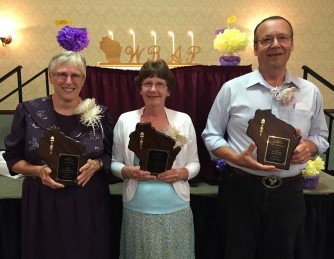 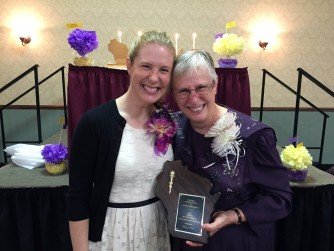 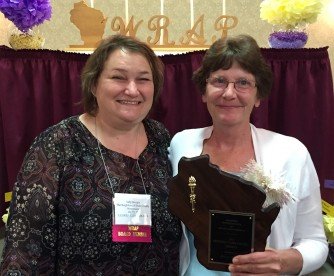 Susan Griffith, Beyond Care Giving Award winner with her nominator WRAP Member Sally Rocque, both from The Neighbors of Dunn County, Menomonie. 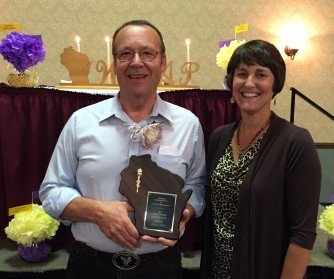 Richard LeDuc, Volunteer of the Year with his nominator WRAP Member Jean Curtis, both of Pine Crest in Merrill.

Volunteer of the Year:  Richard and Janet Nosal 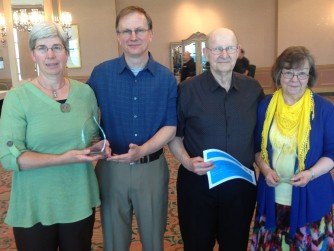 Each year, WRAP recognizes the many special people who work within our facilities, providing excellent care towards those entrusted to them.  Congratulations to our 2014 Award Winners:

Congratulations also goes two of our nominees who went on to win at the national level at the April 2014 National Association of Activity Professionals (NAAP) Awards:  Activity Associate of the Year Debra Jacoby and Adnimistrator of the Year Luke Shubert! 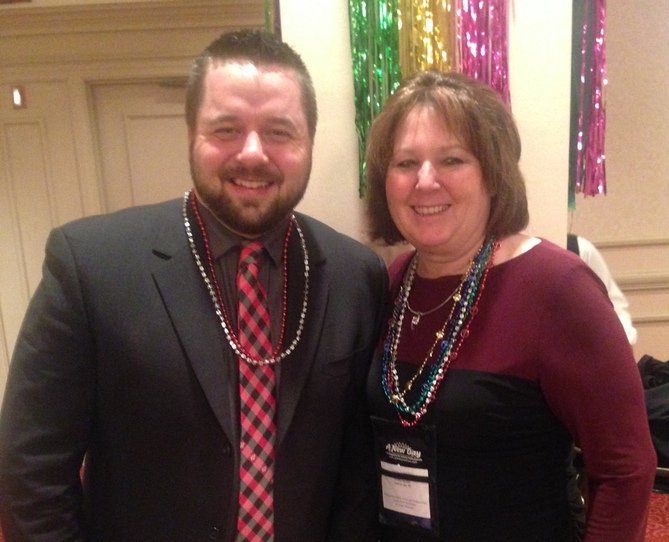